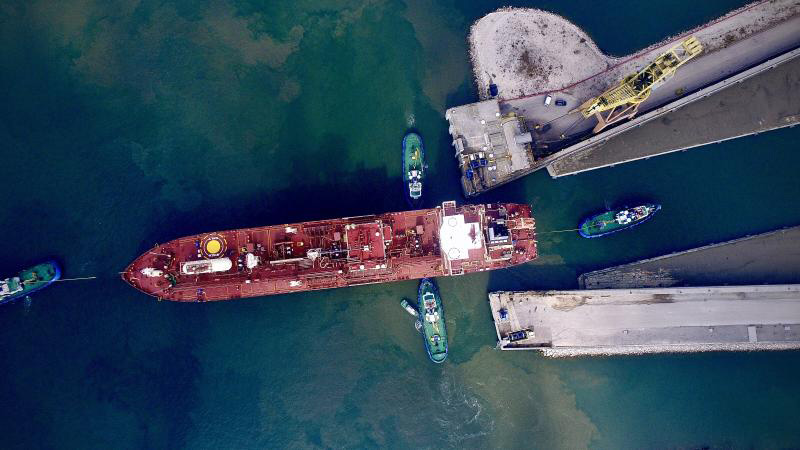 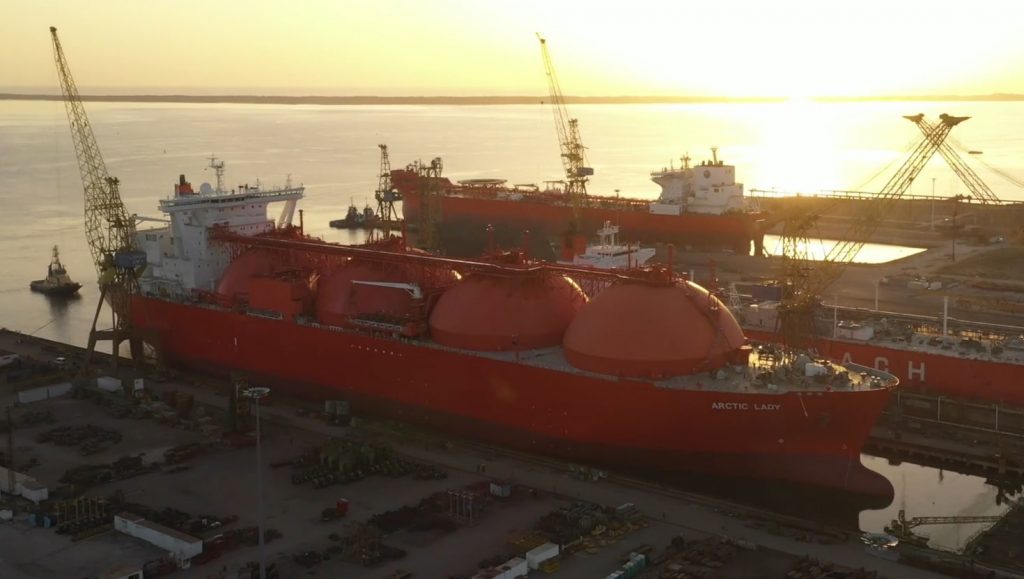 The LNG vessel ARCTIC LADY from HOEGH LNG has recently performed the Special Survey Drydocking with us which has included the installation of a BWTS.The video was captured on the last days of the repairs during the undocking maneuver. 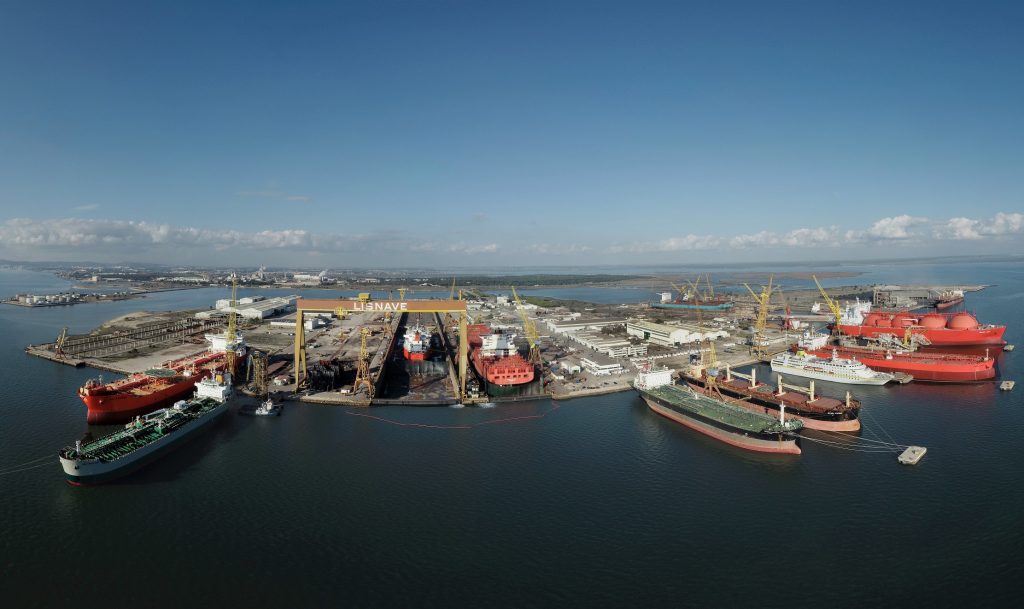 Diversity in our Activity 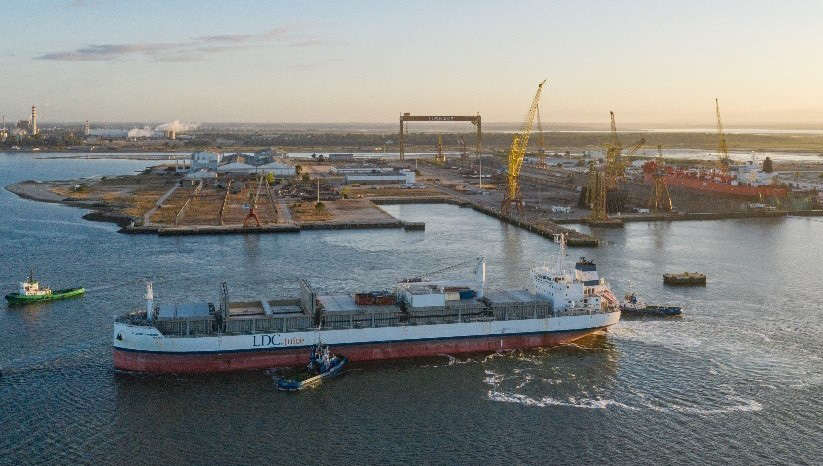 Lisnave has just completed a five-vessel project for Louis Dreyfus Company (LDC), a leading global merchant and processor of agricultural goods. As the appointed shipyard for this challenging project, Lisnave joined forces with LDC to decommission three vessels and upgrade two new eco-efficient vessels. The process included the removal of thirty refrigerated juice tanks from 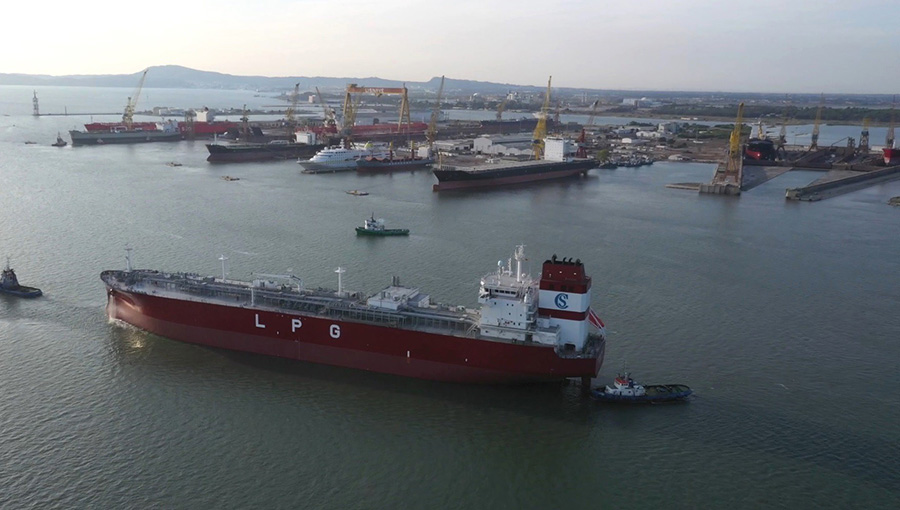 Recently we had the opportunity to accommodate simultaneously two vessels from SOLVANG ASA with whom we work together for many years. Nice aerial images capturing CLIPPER SATURN and CLIPPER VENUS side by side in our drydocks nr. 32 and nr. 33. A special thank you to SOLVANG ASA for trusting us their fleet and look 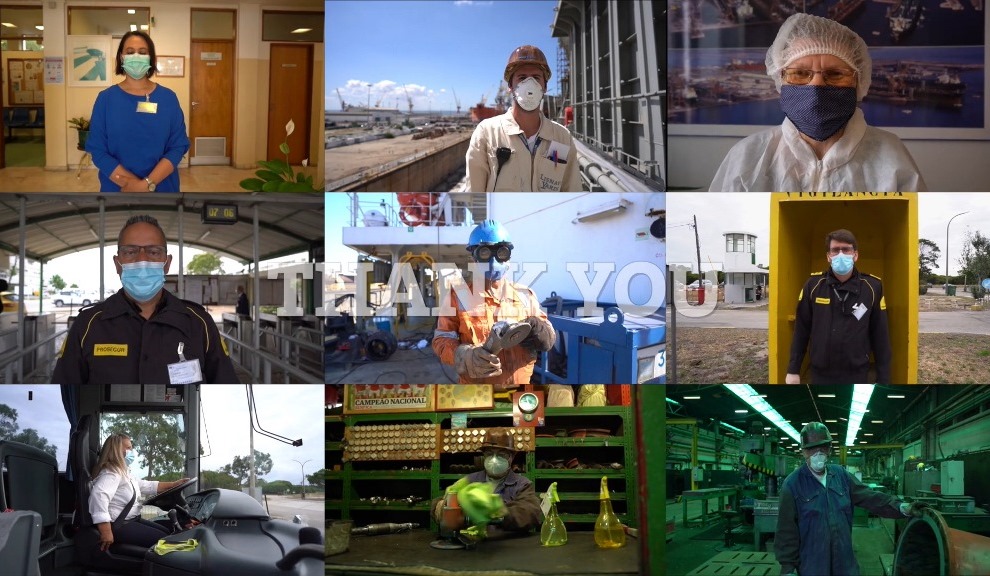 Working hard and proactively implementing health measures to keep all Clients, Employees and Partners safe in our premises. A big THANK YOU to all who’s helping on maintaining Lisnave shipyard a safe working place. 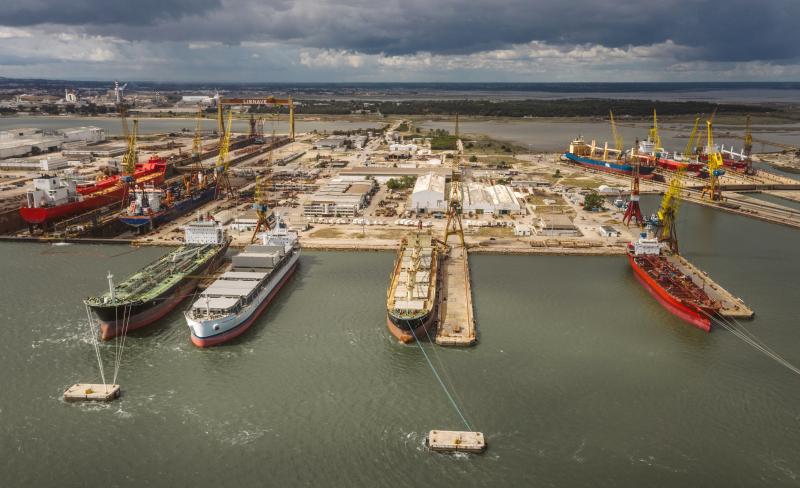 A nice aerial photo taken yesterday to proudly express our appreciation to everybody who is making every effort to keep our activity going. A big thank you to our Clients, Employees, Suppliers and Partners who are together on this mission of keeping the shiprepair safely and successfully active, respecting the contingency measures implemented during these 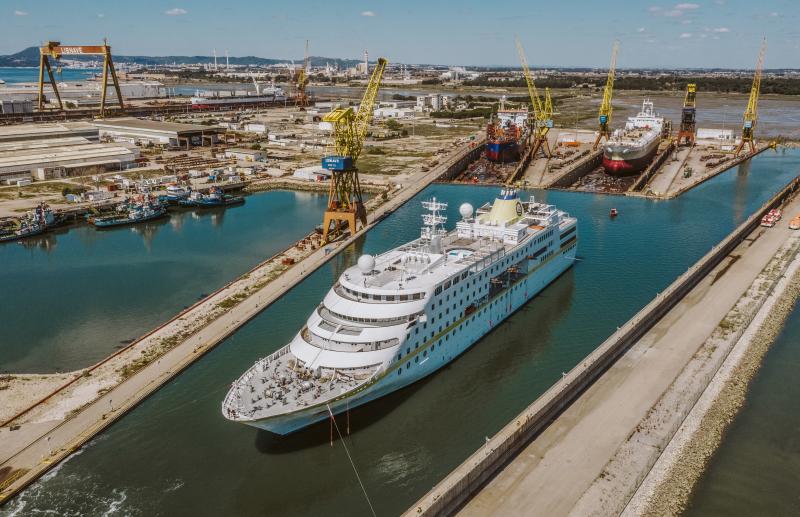 With health contingency measures in place to assure the safety of Clients and Employees, the shipyard keeps the doors open to assist Ship Owners on the maintenance of their fleets. On the picture the Cruise Vessel “Hamburg” is departing after a successful drydocking where several maintenance works were performed and a BWTS retrofitted. Aerial Photo 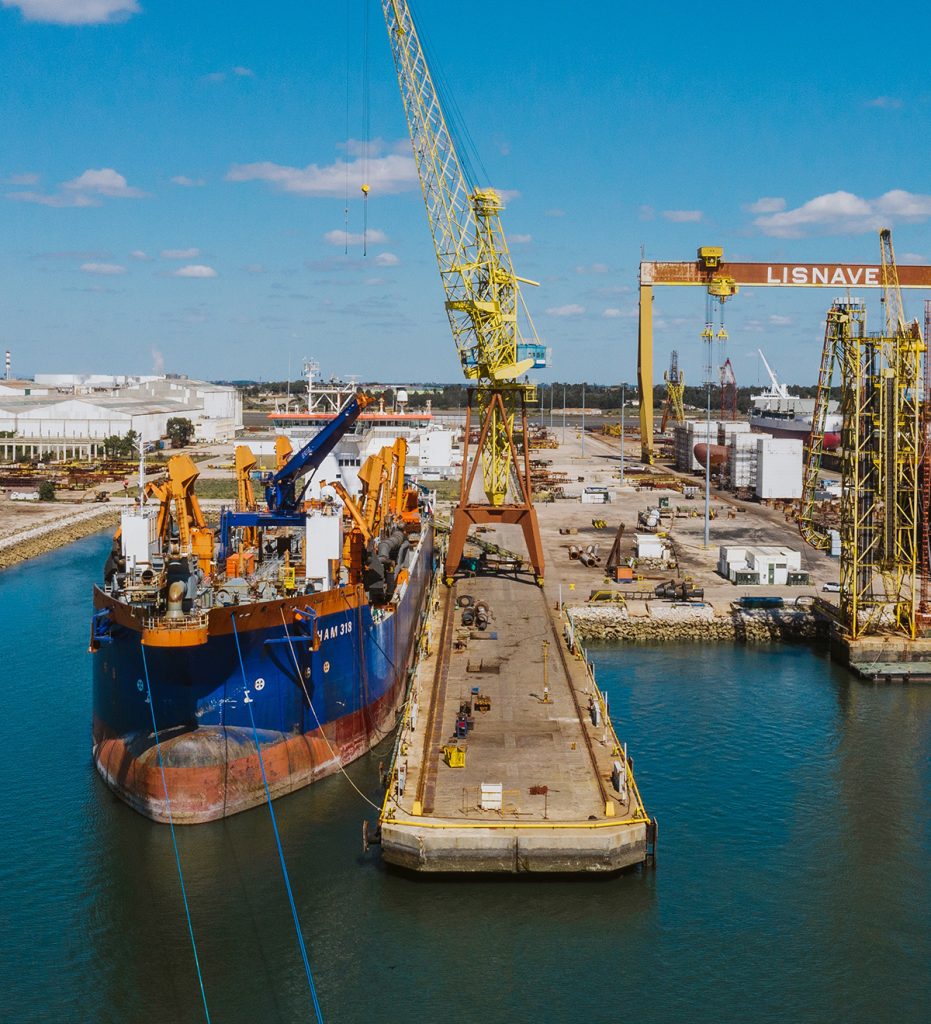 Two large TSHDs from the fleet of Holland’s Van Oord were recently undergoing drydocking and repair at Lisnave Shipyard, – the 2001-built 37,293 m3 HAM 318 and the 1986-built 10,329 m3 Lelystad. Lisnave has the reputation for being an excellent tanker shipyard but, over the last decade, has had to diverse into other markets, partly 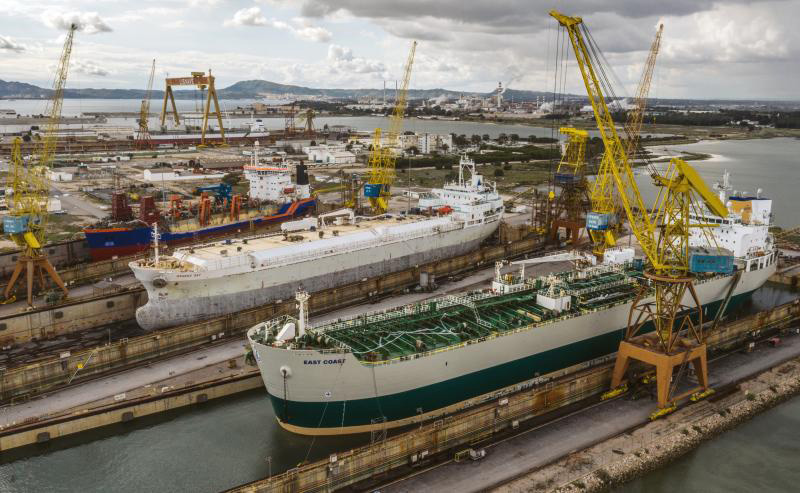 Three in a row!!… a Dredger, a Juice Carrier and a Product Tanker in the Hydrolift Docks. Keeping the shipyard active with contingency measures and providing our services safely. Challenging moments. Healthy Easter to all and stay safe 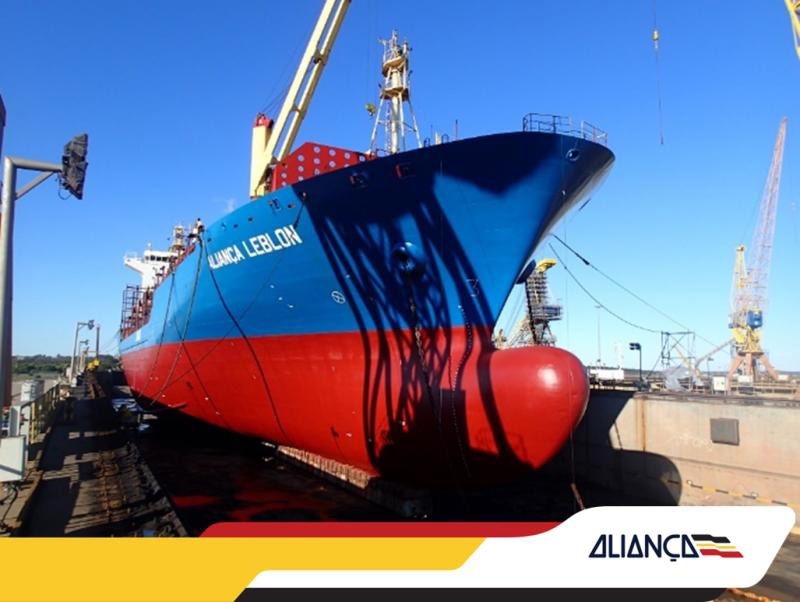 See how our vessel Alianca Leblon looks like after her dry-docking in Portugal. This vessel trades between the ports of Vila do Conde (PA) and Itaqui (MA) and went through all the necessary maintenance works to be able to meet even better the demands of our customers. The dry-docking is a fundamental process to extend